A North-east family firm has supplied a modular building to a local football team as part of a sponsorship package.

Greenwell Equipment (Greenwell), which is based in Aberdeen, delivered and set up a new bar and catering facility at Ross County FC’s football ground in Dingwall. The large modular building was supplied to the club in time for the start of the 2016/7 season.

Ross County Football Club decided to extend the successful Staggies Bar, following suggestions from fans who would like to meet before and after games, which prompted Greenwell Equipment to supply the modular buildings and on site assembly. 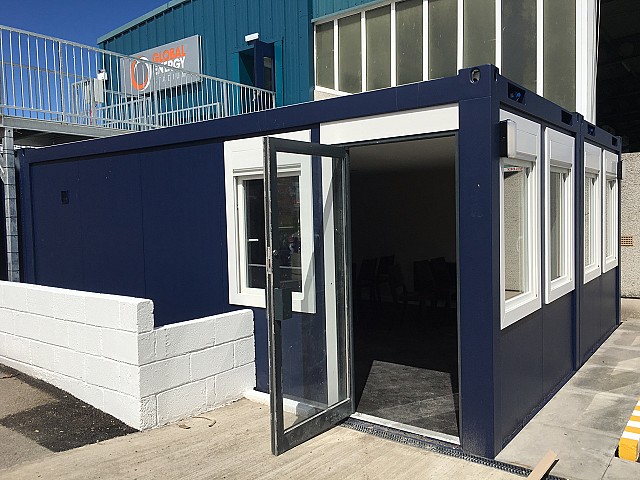 Richy Turnbull, sales manager at Greenwell, said: “We have been supporting Ross County FC for a number of years now and so we are delighted to help out by supplying the bar. I regularly attend the matches and it’s great to be a part of such a friendly community.”

Ross County director, Peter Swanson, said: “After a successful first season for Staggies Bar, the club took the decision to extend the bar to create extra space and also include an area for dining which looks out onto the football pitch.

“Modular construction was chosen due to the limit on the footprint and also for the speed on installation, which was important considering we only have about six weeks every summer in which to complete construction of any new facilities.

"We were delighted with the end result at the Staggies Bar.  The modules were installed swiftly and the enabling site work was completed on time and to a very high standard. The extension has doubled the capacity of the bar and also allowed us to introduce a dining area to the bar, so we couldn't be happier.”